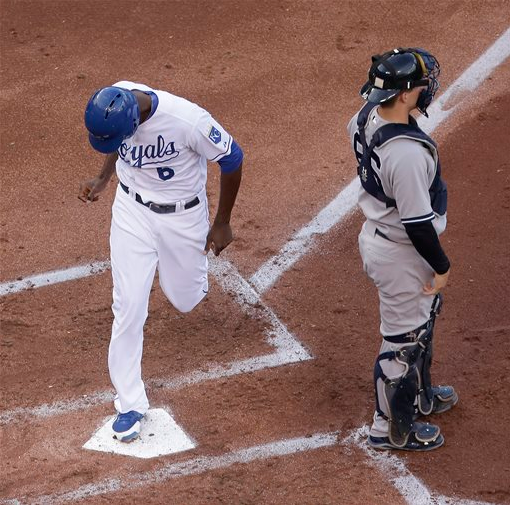 - Solarte: 2-3, 1 2B, 1 R, 2 RBI, 1 BB.  Being asked to contribute from a more important run-producing spot in the lineup lately and he answered the bell yesterday.

- Phelps: 5.2 IP, 10 H, 7 ER, 2 BB, 4 K.  So hittable as a starter.  So, so hittable.  The more a lineup sees him, the easier it gets for them to beat him.  Didn't help his cause by having a customary loss of command in the 3rd and walking the first 2 batters of the inning.  You can't do that kind of stuff and expect to be a good Major League starter.

- Alfonso Soriano: 0-3, 2 K, 2 LOB.  You know you suck when old man Ichiro and his noodle bat are pinch hitting for you late in games.

Game 3 of this 4-gamer is this afternoon.  Veteran pitching matchup on the docket between Hiroki Kuroda and James Shields.
Posted by Unknown at 7:15 AM