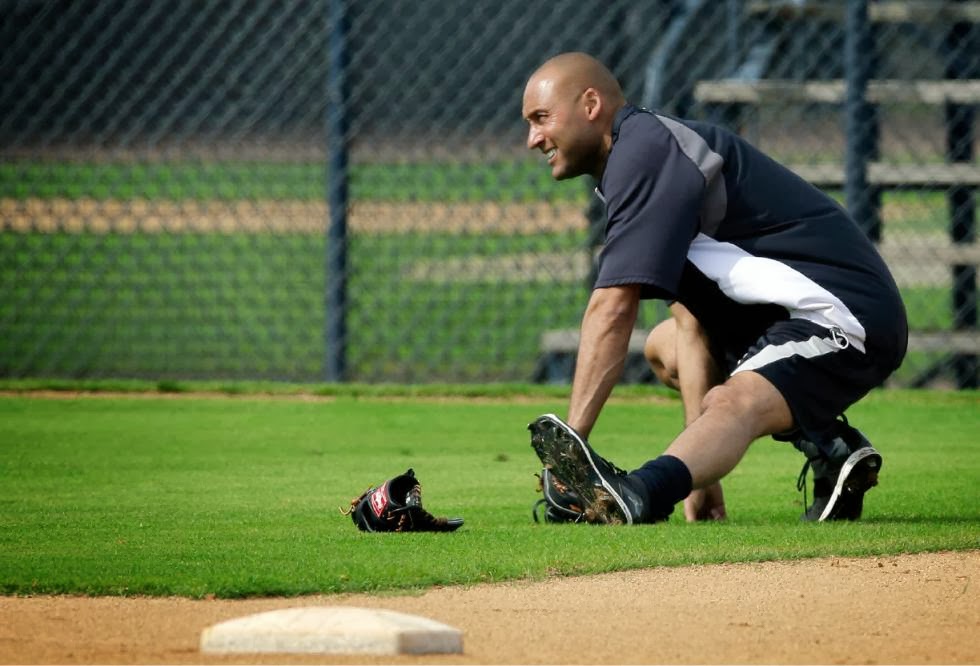 Pitchers and catchers reported to Yankee camp on Friday, and they began team workouts over the weekend.  In 2 days, the remainder of the position players not already in camp will report and the first full team workout will be held on Thursday, signaling the official start to Spring Training 2014 and the end of the 2013-2014 offseason.  This offseason was a very busy one for the Yankees, one that featured a ton of signings and the most money spent since the 2008-2009 offseason.  After a flawed attempt to trim payroll in preparation for a luxury tax-avoiding season this year, the front office scrapped the plan and got back to what they do best, spending big to address the greatest areas of need on the roster.

Over the next 5 days, I'm going to look back at the offseason that was and try to give a realistic, objective evaluation of how each part of the roster stacks up.  I'll start with the position player groups (infield, outfield, bench) and then move to the pitching staff.  This isn't an attempt to predict what could, should, or will happen, just a snapshot of the roster as it is right now, for better or worse.  For all the moves the Yankees made and all the upgrades they made to key roster areas, I think we all know they're still far from a perfect team and aren't exactly back to that leading championship contender status they strive for.  To kick off this series, let's take a gander at the starting infield.


No part of the roster experienced higher turnover from last year to this year than the infield.  The Yankees are looking at new starters at each of the 5 infield positions compared to the group that took the field last Opening Day, and some of the more longstanding staples of past infields are nowhere to be found.  Robinson Cano, the best player on the team over the last few seasons and the last great position player to come out of the Yankee farm system, has moved out to the West Coast to join the Seattle Mariners.  A 10-year guaranteed deal has a way of doing that.  Alex Rodriguez, the much-maligned and undoubtedly in decline third baseman will be sitting out the entire season as a result of his suspension in connection with the Biogenesis scandal.

Replacing those 2 will be Brian Roberts and Kelly Johnson.  Roberts is no longer the player he was in his prime after spending the better part of the last 4 seasons battling various injuries.  At 36, the Yankees are hoping he can stay healthy and be somewhat productive on a 1-year deal, probably more than they're counting on it.  Johnson is a career utility guy who's penciled into the starting third baseman role due mainly to a lack of better internal options and failure on the Yankees' part to sign a more proven player.  His lefty swing and above-average power should play well in YS3, although his 18 career games at the hot corner make his defense far from a sure thing.

While 2 familiar faces are no longer part of the Yankee infield, they are getting 2 back to make up for it.  Both Derek Jeter and Mark Teixeira will return to their spots at shortstop and first base respectively after playing in only 32 combined games in 2013.  Jeter has already announced that this season will be his last, and coming off a series of leg injuries at age 39 turning 40 that's probably for the best.  Teix has been on a slow and steady rehab schedule from wrist surgery and he's in camp early to continue to work himself back into game shape.

The most important new face in the 2014 infield may be the one we can't see behind his catcher's mask.  After slumming through a season full of way too much Chris Stewart, the Yankees went out and signed Brian McCann in late November to a 5-year/$85 million deal.  McCann has proven to be one of the best all-around catchers in baseball when he's healthy, and at age 30 he should still have plenty of good baseball left in him.  His offensive makeup fits in perfectly with the typical Yankee game plan, his lefty power is tailor-made for the short porch in right field, and his game calling and pitch framing skills are great enough to add value to any pitching staff.

In looking at this group as a whole, I don't think there's any way you can say this infield is better than last year's or any of the recent editions.  Love them or hate them now that they're out of the picture, there's no denying that Cano and A-Rod are better everyday options than Roberts and Johnson.  And Jeter and Teix, in addition to not being the players they were 5 years ago, are no guarantees to be the players they were the last time they played a full season based on their injuries.  Even McCann has had some health problems recently, so if you were going to pick one defining characteristic for this group it would most likely be "injury risk".

As the need to get younger has become a bigger talking point, the 2014 infield will be the oldest part of the roster to start the season.  By Opening Day, all 5 members will be 30 or older  and without doing any research to verify I can say with a pretty fair amount of confidence that Jeter and Roberts will be the oldest double play combo in MLB.  Defensively this group is not going to be very strong.  Jeter and Roberts don't cover a lot of ground up the middle, Johnson is a major unknown at third, and no amount of great scoops at first by Teix is going to make up for all the balls these guys don't get to.  What they lack in defensive range, however, they make up for in offensive potential.  Johnson and McCann with the lefty power, Jeter and Roberts with the contact skills and veteran "professional hitter" approaches, and who knows with Teix?  Maybe he still has 30-HR power in his bat.  If all of that comes together, they should be able to put runs on the board.

For the first time in a long time, the infield is not a major strength for the Yankees, at least it doesn't appear to be right now.  If this group stays healthy, there's a chance they combine for well above-average production in 2014.  If they don't, there's a chance that Robbie Cano out-WARs all 4 non-McCann members by himself.  That outcome will result in a lot of roster juggling by Joe and probably another October spent at home instead of in the postseason.
Posted by Unknown at 12:00 PM