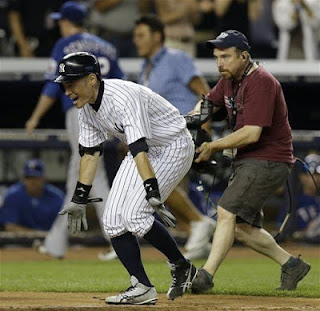 They'll do it again tonight at The Stadium with Andy Pettitte getting the ball for New York and Justin Grimm for the Rangers.
Posted by Unknown at 7:15 AM