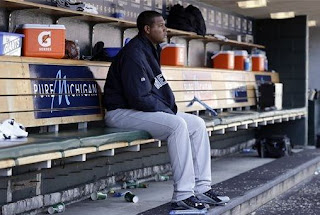 Still, the quick-trigger timing of this skip over is puzzling.  It would be one thing if this were September and the Yankees wanted to keep their best pitchers lined up to face teams they were competing against for a playoff spot.  That's hardly the case eight games into the season, which leads me to believe Nova is already in danger of losing his spot in the rotation.  He needs to come up with a much better performance in his next start, whenever that may be, to establish some control over that spot.
Posted by Unknown at 3:00 PM