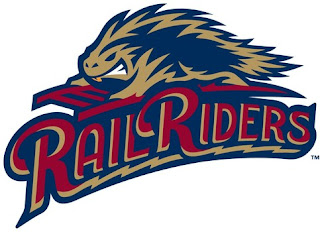 
The starting rotation for SWB is a collection of guys on their way up and down the prospect ladder.  Adam Warren returns for his third go-round after another solid but not spectacular season in 2012.  He's up in the Major League bullpen right now, but should get sent down once Phil Hughes returns.  Also joining him on the return trip is Dellin Betances, who will get one last shot at being a starter.  The back end of the rotation will be filled out by new guys on the block Brett Marshall and Vidal Nuno, both of whom still have room to raise their ceilings, and veteran Chien-Ming Wang.

The big name in the bullpen is Mark Montgomery.  His continually impressive K rate and near-unhittable slider got him another fast promotion after a pit stop in Trenton and a solid showing in the AZFL, and he could be in the Major League bullpen by the summer.  Chase Whitley and Preston Claiborne are a pair of useful righty arms as well, and Juan Cedeno and Josh Spence are the new LOOGY backups should something happen to Boone Logan.

Moving to the field, there are a couple of intriguing pieces that could get plugged into bench roles in the show this year should the situation call for it, although the likelihood of any of them becoming big-time Major Leaguers is slim.  Corban Joseph and David Adams could combine to be one very good second baseman together.  Separate, their ceilings are much lower, with Adams being the more well-rounded hitter and neither projecting as great defensive players.  The same ceiling argument can be made  for outfielders Melky Mesa and Zoilo Almonte, who have power and athleticism but questionable contact skills.  Should the Yankees decide to get active on the trade market, all four of these guys are just as good a bet to end up in another uniform as they are a Yankee one.

Considering what this team looked like at the start of 2012, this year's club is probably a collective step up.  The quality may not be as high as it is in Double-A, but the quantity is just as deep and could come in handy once more injuries start to set in.  The top prospect on this team is still Austin Romine, and he might have the best chance to make the biggest impact if he can stay healthy and get his offensive game back together.  We all know the Yankees could use an upgrade at catcher in the worst way.
Posted by Unknown at 5:00 PM