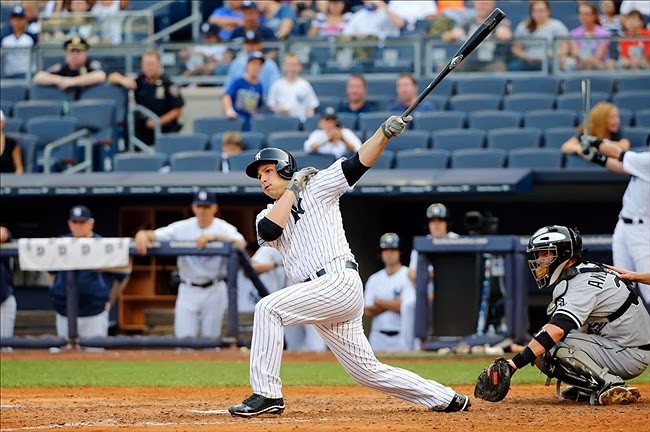 It's Sunday, which means it's the end of Prospect Week 2014.  I didn't get to quite as many tools rankings as I wanted to, but the most important part of the week, the 2013-2014 AB4AR Top 30, was covered in full.  As I mentioned earlier, this year's list had a high amount of turnover, almost half of last year's Top 30 was replaced by new guys.  On the one hand, that may say something about the Yankees' inability to develop the talent they draft.  On the other, it may mean a turnaround of that trend is on the horizon with a big influx of new, young talent.  If you missed any of this week's Top 30 portions, or if you just want to peruse through them again, here's your chance.  From 30-1, the entire 2013-2014 AB4AR Top 30:

That's it for this year.  Time to start the countdown towards next January and the 4th edition...
Posted by Unknown at 10:02 AM

That's a good point. Now that I think about it, it would make sense to start Refsynder in Trenton, Gumbs in Tampa, and maybe Katoh in Charleston if the Yanks want to get aggressive with him.