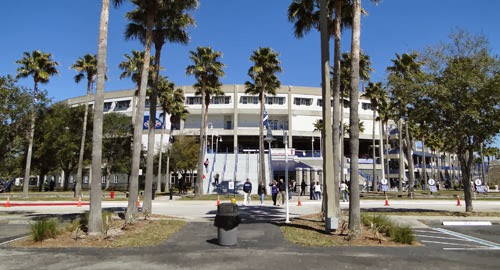 As I mentioned before and as I've touched on multiple times already this offseason, the Yankees need more production out of third base and they're bringing in a slew of guys to compete for half of the job.  Of the right-handed competitors, Sizemore is probably the best all-around player when healthy and has a hitting profile that best fits the Yankee system.  Daley was impressive in a small September sample size last year, as was Coello and his forkball in Anaheim.  With 2 spots potentially up for grabs in the bullpen, these guys are the easy early favorites from the non-roster group to steal 1 of them.

Their odds aren't as good as the 3 listed above, but if they play really well and have a few breaks go their way in terms of injuries, any of these players could sneak into the 25th roster spot.  Montgomery and Whitley are the top 2 relief prospects in Triple-A right now, Rondon could be in the mix for a LOOGY job if something were to happen to Matt Thornton and/or Cesar Cabral, and the Yanks took the David Aardsma signing approach with Herndon so there's at least some interest in seeing him pitch.  I touched on Canzler earlier in the week, but don't sleep on Solarte as a utility infield candidate.  23 HR in Triple-A over the last 2 years, good contact rates, can play multiple positions.  He could be better than Eduardo Nunez.

Now we're down to the level where things have to be going really bad for one of these guys to make it.  Like a major outbreak of a serious virus in the clubhouse or the single highest concentration of Grade I quad strains for one professional sports team in history.  Pirela and CoJo probably have the best chance from this group if 1 or 2 40-man infielders (read: Brian Roberts) gets hurt in camp, and Garcia has been worked around the infield some in the last year to see if he can handle a super sub role.  Miller has the best shot from the pitchers based on stuff and familiarity.  He had a solid year for SWB in 2013.

Sorry, Tyler Austin fans.  It ain't gonna happen.  Guys like him, Williams, Burawa, and O'Brien are just going to be there for the Yankee coaching staff to get a look at them.  They all have things they need to work on in the Minors and would fall flat on their faces if they had to play every day in the Majors this season.  Guys like Arcia, Richardson, Billings, and Tateyama are organizational depth and nothing more.  They'll be in camp to complete pitcher/catcher bullpen groups and shag flyballs and be among the first cut after camp really gets going.

So there's the breakdown.  Base your "scrappy underdog" rooting interests accordingly.  Personally I don't have any skin in that game this year.  I'm just bummed that Musty won't be there.  If I had to guess right now, I'd say the only player from this group who makes the Opening Day team is Sizemore.  Book it.
Posted by Unknown at 9:30 AM