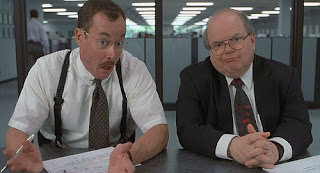 
Think about it.  There's a reasonable explanation for every other contributing factor to the Yankees' "vs. LHP" problems.  Jeter, Teixeira, and A-Rod are all injured and started the season injured, so right off the bat that put the team in a hole.  Robinson Cano got off to a sluggish start against lefties before a HR off Matt Moore and a few hits off David Price last night started to turn things around.  The rest of the active lefties in the lineup sport some kind of platoon split.  Eduardo Nunez and Jayson Nix, useless as they may have been early on, have to play because they're the only ones capable of playing the shortstop position left vacant by Jeter's injury.  And Vernon Wells was signed to be exactly the player he's being, and he's ticketed for the designated 4th OF spot to platoon against LHPs when C-Grand comes back.  Everybody, for better or worse, is accounted for.  Except Ben Francisco.

Francisco has played in 10 games this season, 2 as a pinch hitter and OF replacement and 8 as the starting DH.  Let that last sentence fragment sink in.  Ben Francisco, he of the four straight years of decreased offensive production and the pedestrian career batting line of .254/.324/.419 has been the starting designated hitter for the New York Yankees in well over a third of their games so far this season.  In those 10 games he has accumulated a mere two hits, both singles, in 28 plate appearances.  He's drawn two walks, gotten hit by a pitch, struck out 7 times, and hasn't driven in a single run.  Almost 2/3 of the balls he's put in play have been fly balls and not a single one of them has gone for extra bases or over the outfield fence.  Without playing the field enough to even register a defensive rating, Francisco has been worth -0.4 fWAR in his limited playing time, tied for worst on the team with the error-prone Nunez.

Clearly Ben Francisco has no business being a DH in any part of a Major League lineup, let alone key spots like 2nd and 5th.  He brings nothing to the table in that department and brings just as little, if not less, as an outfielder based on his negative career ratings and "blah" throwing arm.  He's an absolute black hole of productivity no matter where he's used and the worst part is that none of this is a surprise.  This is exactly who Ben Francisco has been for the last two seasons.  It's who he was when the Yankees chose to sign him and it's the reason why he's with his 5th team since 2011.

Ben Francisco just plain isn't good at baseball and there's no logical explanation for why he's on this team.  Had Ronnier Mustelier not banged up his knee late in ST there's a good chance he wouldn't be and I wouldn't be writing this post but that's beside the point.  There are and were multiple other right-handed bats in spring camp who the Yankees could have gone with who would have been upgrades over Francisco.  Juan Rivera didn't hit for much power in camp but at least he hit.  And he can play multiple positions, yet that was determined to not be as valuable as what Francisco offers.  Melky Mesa has power and speed; Zoilo Almonte can switch hit and play the outfield.  Shit, even Thomas Neal brings more to the table and the weak offensive line he posted in Cleveland last season would be a huge upgrade over what Francisco has given the Yankees this season.

This probably comes off as Monday morning quarterbacking and maybe it is.  But I was never fully on board with the idea of Francisco on the roster to begin with.  I saw him as extra veteran injury insurance more than anything else, and the fact that the Yankees took him on the team and have tried to use him in a role he's clearly not cut out for is disappointing.  Even if you don't think Mesa or Neal could have done any better as a platoon righty DH, it's hard to say they'd be worse.  Ben Francisco offers nothing of value either offensively or defensively and he's getting consistent ABs in important spots in an already decimated lefty platoon lineup.  That, more than anything, is the most crippling part of the team's present condition against lefty pitchers, and it's a case where the Yankees' preference for veteran players didn't work out.
Posted by Unknown at 10:37 AM

I am so glad there is a blog for this. It hurts me every time I see his name and face and my TV is sick of hearing me ask it why. The worst part of tonight is that he hit a foul ball with distance which will make whoever is deciding to let him play feel justified. Oh yeah, he also drove his blazing .071 average up tonight when the 2nd base umpire changed the call on his bunt. Does someone in the organization owe his family a favor? Seriously, he is useless and proving it night after night.....and he is the DH for the New York Yankees.

This guy's a hack. I'd rather see Hafner bat from the left side.