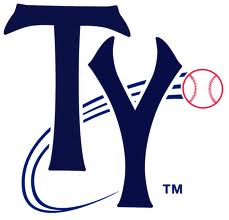 
The top two prospects in the Yankee farm system, in either order, are Mason Williams and Gary Sanchez.  Both of them will return to High-A to start this season after getting promoted up to that level last year.  Sanchez is looking to continue to refine his offensive game and prove he can be an everyday catcher, while Williams is coming back from season-ending shoulder surgery.  He didn't get an invite to big league camp so he could continue his rehab, but did play in a few late-spring games so he should be good to go once the season starts.  These two will dominate the headlines for Tampa for as long as they're here.  If they hit the way they did in the early part of 2012, they might not be here for very long.

Pickings could be a little slim on the pitching staff, at least at the start of the season.  The rotation will be headlined by Bryan Mitchell, who makes the jump up a level after an up-and-down full year in Charleston in 2012.  He still has time to put things together, but this year is one where he needs to start showing the ability to do that with respect to his command and consistency in his delivery.  2012 draft pick Corey Black, another one of my future prospect profiles from January, will join him in the rotation and as unsure as I am about his future I'd like to see the Yankees continue to use him as a starter for as long as he continues to pitch well.  Another 2012 draft pick, Nick Goody, will be the closer and could continue on the Mark Montgomery fast track if he dominates this level like he has all the others.

The last big piece of the High-A puzzle is second baseman Angelo Gumbs.  He's as toolsy as they come and has drawn nothing but rave reviews from scouts, but still has a lot of polish to put on his offensive approach and needs to stay healthy this season to get more reps.  He played Winter League ball, so health shouldn't be a problem for him at season's opening.  After him, there's not much else to get excited about at this level until guys start getting promoted from below.
Posted by Unknown at 2:30 PM