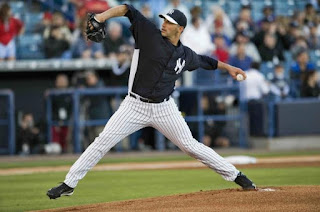 Yanks will travel to get another crack at the Blue Jays today.  ST head turner Jose Ramirez gets another start and the Yankee regulars making the trip will get their first look at Josh Johnson.
Posted by Unknown at 7:22 AM