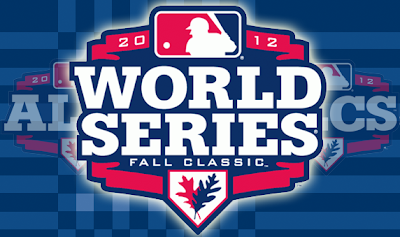 Real talk, I've been chomping at the proverbial bit to talk about the postseason roster for like 3 weeks now.  It was damn near impossible not to, especially when I was sitting around without any good ideas in my head, but with the way the Yankees slowly nosedived into a competitive September, I wasn't going to make the mistake of talking about it like it was a foregone conclusion and then looking like a double-asshole if the Yankees didn't end up making it.  All of that went out the window last night thanks to their surprisingly ballsy comeback win against Toronto and the Angels losing to Texas.  The worst that can happen to the Yankees now is that the end up in the 1-game Wild Card round, and the best is that they win out and still end up the #1 seed in the AL.  So now that's it's official, let's build us a 25-man playoff roster, huh?!

Nothing shocking there.  Teix comes back today, and as long as he stays healthy he isn't coming out of the lineup.  Cano's hand is fine, A-Rod's foot is fine, and Ichiro is still hitting well enough to scrap the platoon LF idea.  If everybody's right, and admittedly that's a big "if" these days, that's an 8-man lineup you can go to war with.

Again, not exactly rocket science to come up with this.  And yeah, that's the order I would pitch them if I were setting the rotation and there wasn't the possibility of two 1-game playoffs in play.  An argument can be made for a 3-man, but that would require everybody to pitch on 3 days' rest and that's not a good option for Kuroda with the way he's looked lately.  Yesterday aside, Phil Hughes has been asked to pitch in some big games this year and he's handled it well.  The team needs a 4th starter for these playoffs and he's earned that spot.

You have to have a backup catcher, so in goes Stewart.  Hopefully he never has to play.  Ibanez has come around lately and can form a dangerous lefty DH/pinch hit duo with Chavez, who has also started to heat up with the bat again in the past week.  Despite Joe exposing the fact that he has no confidence in him for the second time this season, Nunez gets in because of Nix's hip flexor and the fact that the team desperately needs another right-handed bench bat.

They might all come in overworked if things get hairy in these final 3 games, but this is the no-doubt cream of the bullpen crop.  Phelps could be really important as a 1-inning guy or a long man capable of going 3, 4, 5 innings if needed.  I wouldn't be surprised to see Joe stretch Joba to more than an inning and possibly 2 if the situation calls for it; he hasn't been worked into the ground nearly as badly as the others.  Logan should only be a LOOGY at this point.

The D should be a shoo-in based on the solid offensive, defensive, and base running jobs he's done since getting called up, but Joe's preference for and loyalty to veterans could be enough to get the fat, smiling shell of Jones in there too.  Cervelli is only getting in if one of other catchers gets hurt this week, and Gardner will be considered but shouldn't be if he still can't swing a bat.  No value in a player who is limited in the playoffs; that would basically make it a 24.5-man roster.  Nix sounds like he's going to be out for a couple weeks, but he could return if the Yanks go deep into the playoffs and he would be a better righty bat option than Jones.

Rapada should be a must with the problems Logan has had, but once again he has to be a strict LOOGY and should be used in situations where consecutive lefty hitters are scheduled to come up.  Eppley vs. Lowe is probably the closest battle right now; Eppley has a longer track record of success this season, but Lowe has pitched well lately and seems to be Joe's preferred guy.  Nova has been so terrible this year that I don't think he gets in even if he throws a perfect game and strikes out all 27 guys tomorrow, and Garcia is just too unpredictable and unreliable as a long man option.

As far as breakdown goes, 14 position players and 11 pitchers should be the structure and I think it will be.  With the extra rest days between games the need for more pitchers is lessened, and a deeper bench is always a good idea with this team and its collection of banged up veterans.  So what will the final 25-man be?  Here's who I'd pick:

It absolutely kills me to have to include Jones, but with Nix out he's really the only right-handed bat left, and he still does have the ability to run into one and hit it out on the rare occasion that he does make contact.  I took Eppley over Lowe because he has done a better job for a longer period of time this season, and he doesn't strike me as someone who would get absolutely shelled if he misses his spots.  If Lowe is off, it's batting practice.  If Eppley is off, he can still work out of trouble.

The good part about waiting to do this?  Now I only have to wait a couple days to see how right or wrong I was.  Hopefully there aren't any more freak injuries in these next 3 days to throw a wrench into this.  The Yankees have had their share of bad injury luck this year as far as I'm concerned.
Posted by Unknown at 2:00 PM