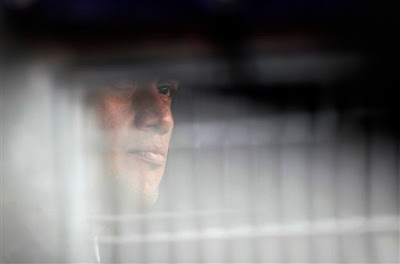 - Teixeira: 0-4, GIDP, 2 LOB.  That double play killed the Yankees' last big chance to make it a game.  He hasn't done much since the big 2 games against the Fraud Sawx.

- Robinson Cano: 0-4, 1 K.  It's been long enough now that I can ask this question.  When is Robbie going to start  hitting?

Another series, another rubber match.  The Yankees have gotten poor outings from the bottom of their rotation the past 2 days, but their ace is on the hill today and their top bullpen arms are well-rested.  It's a perfect setup for a win.
Posted by Unknown at 7:48 AM