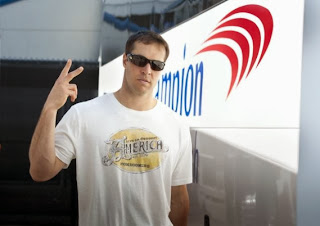 
In a perfect world, Teix would return next year fully recovered from his wrist issues and well-rested after not having another year of 162-game wear and tear on his body.  He'd be healthy, he'd be feeling good, and at age 34 he'd presumably still be capable of returning to the 30+ HR/100+ RBI level of production that was the norm for him up until 2012.  In the real world that might not be so simple.

Consider the fact that his wrist issues stem back to the middle of 2012 and are not just an isolated 2013 incident.  Consider that wrist injuries, particularly the type of injury Teix had, are known to sap power from hitters.  Remember that he's seen his wOBA and wRC+ values decrease every year since he became a Yankee in 2009, mainly due to a decrease in his power stats.  This has been the trend regardless of whether he's been healthy or hurt.  Also remember that he's transformed into more of a pull hitter than he was in his prime, so taking a more balanced hitting approach to compensate for another dip in power due to the wrist problems won't be as easy at age 34 as it may have been a few years ago.

On the more positive side of the statistical situation, Teix has maintained a healthy BB rate throughout his Yankee career, including last year when he took 8 walks in 63 PA (12.7% BB rate).  He also hasn't fallen into the trap of chasing more pitches out of the strike zone as he's changed into a pull-heavy power hitter.  His O-Swing rates from 2011-2013 are actually lower than the rates he put up in his first 2 seasons in pinstripes, so the spike in swinging strikes last year (10.2%) could be attributable to the injuries and resulting missed time at the plate more than anything else.  The implication here from these peripherals is that Teix, unlike top free agent target Carlos Beltran, has not started to lose his bat speed.  With a healthy wrist, even one that's not as strong as it was before surgery, that's reason to be encouraged that Teix can still be productive at the plate.

Still, it's difficult to pinpoint exactly how productive he can and will be and how long he'll maintain that level of production.  Injuries aren't something that just go away when a player reaches his mid-30s, and given the way the last few seasons have ended it's safe to assume that we can pencil Teix in for at least 1 stint on the 15-day DL in 2014.  For the sake of setting a level of expectation, the first version of RLYW's CAIRO projections for 2014 give Teix a .240/.331/.462 slash (.342 wOBA) with 20 HR in 94 games played.  I could be wrong here, but I think for most people those numbers would be disappointing from Teix, even if 20 HR in 94 games is still 30+ HR pace for a full season.

But if he doesn't suffer any setbacks with the wrist or suffer any other major injuries and he can play 130-140 games, Teix could provide a huge boost to the Yankee lineup even at a .342 wOBA pace.  He's still an ominous presence at the plate, evidenced by the number of walks when he was extremely diminished last year, and he still knows how to work a strike zone to get his pitch.  Bringing in a Beltran or a Choo or a McCann to fill the black holes in the Yankee lineup would be incredibly beneficial next season, but let's not completely forget about Mark Teixeira and what he can potentially bring to the table.  His days of being a realistic MVP candidate are probably over.  That doesn't necessarily mean his days of being a valuable part of the Yankee lineup are too.
Posted by Unknown at 2:30 PM