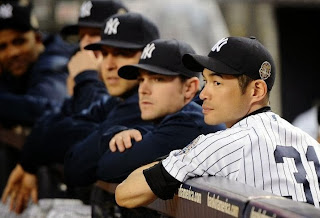 It's the final home game of the season tonight and it's one without any playoff implications for the first time in what feels like forever.  Between the Indians win and their own loss, the Yanks are officially eliminated from postseason contention.  It's just for pride now, if they even have any of that left.  Ivan Nova and Alex Cobb are the starters.
Posted by Unknown at 6:54 AM