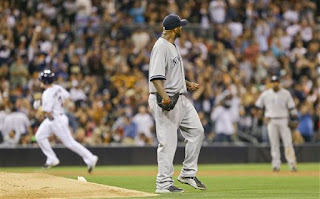 - THE Chris Stewart: 2-3, 1 LOB.  The only player with multiple hits and he threw out an attempted base stealer to end an inning after Derek Jeter threw a ball away.

Right back at it tonight, with Ivan Nova and Tyson Ross on the mound.
Posted by Unknown at 9:37 AM