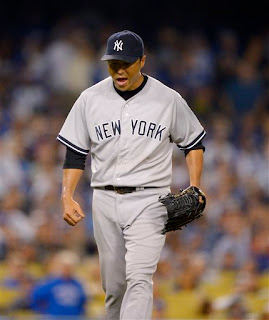 - Overbay: 1-1, 1 R, 1 RBI.  Made possible by the bad call, but Overbay still had to come through with a 2-strike hit against a lefty pitcher.

It's another off-day, and one I'm sure Jeter will be happy to have to rest his legs.  The Yanks will kick off a weekend series in San Diego tomorrow.
Posted by Unknown at 7:46 AM