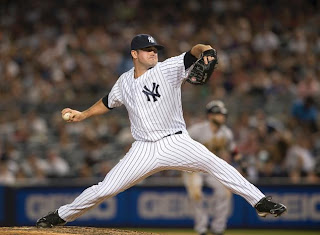 The kid throws strikes.  What a concept, right?  Of the 249 total pitches Claiborne has thrown this season, 169 of them have been for strikes (67.8%).  He's pounded the strike zone with both his 4 and 2-seam fastball, which make up almost 2/3 of the pitches he's thrown (not including the 15 unclassified fastballs he's thrown according to PitchF/X, and he's shown a very strong ability to locate those pitches consistently on the edges of the strike zone.  About the only pitch he hasn't commanded well is his slider, with a Str% in the 55% range, but he's made up for that by throwing a lot of strikes with his other pitches.

The continuation of this "no walks" streak is highly unlikely as the season progresses.  Sooner or later Claiborne is going to run into a day where he struggles with his fastball command or doesn't get a call or 2 on the corner from the umpire.  That still doesn't diminish what he's done and it shouldn't put a damper on expectations for Claiborne moving forward.  He doesn't have the eye-popping stuff of a Montgomery or a Burawa, but his stuff has proven to be plenty good enough despite the low K rate and his whiff rates on his pitches are proof of that.

If you can throw your stuff for strikes, regardless of how "electric" said stuff is, you can be successful.  It's something so simple that it gets forgotten sometimes and Claiborne has served as a reminder for everyone this season.  He's being aggressive, he's throwing a lot of strikes, and he's getting good results because of it.

(Pitch plot and strike %s courtesy of Texas Leaguers)
Posted by Unknown at 11:11 AM