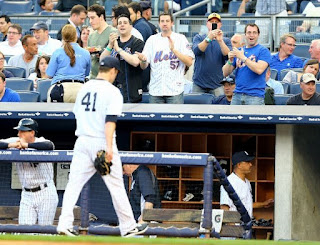 The Yankees will try to avoid completely puking on their shoes tonight in the 2013 Subway Series finale.  Vidal Nuno gets his likely final start in Andy's rotation spot against Dillon Gee.
Posted by Unknown at 7:44 AM