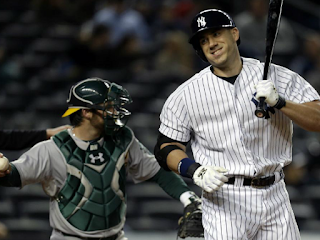 Second game of this series is this afternoon and the Yanks will see a familiar face when Bartolo Colon gets the ball for Oakland against Phil Hughes.
Posted by Unknown at 8:15 AM