Reviewing My 5 Most Important Yankees 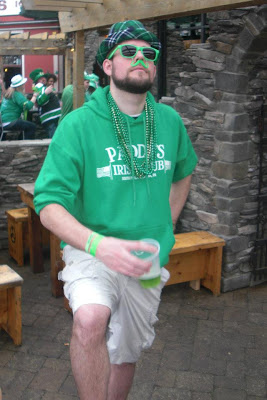 (This guy looks like he knows his shit, right?  Courtesy of my own awesomeness)﻿

Back in April I tried to think outside the box a bit and pick who I thought were going to be the 5 most important players in determining the Yankees' success in 2012 not named Cano, Teixeira, Sabathia, and Rivera.  Some people understood what I was trying to do, some didn't.  With the All Star Game over and definitely not worth recapping, and regular season games not scheduled to start up again for another 2 days, I thought I'd take a quick look back and see how my picks are doing.  After my prognostication skills took a hit at the hands of Robbie in the HR Derby on Monday, I need something to restore my legitimacy (and repair my ever-fragile ego).  So let's take a look, huh?

Ouch, 0-1.  Martin has been putrid for the overwhelming majority of the season, hitting just .179/.300/.348 (.293 wOBA) and lately struggling defensively to the point that his value in the lineup is practically nil.  He has been healthy, that's the good thing, but the problem is that it's really the only positive thing he's contributed in the first 85 games.  I said, "the drop-off from his production to that of any of the current backup options is significant" back in April.  With the way he hasn't hit in the first half, it hasn't been as significant as I would have thought.

This was a good call.  Jeter was the Yankees' best player in April, putting up numbers that rivaled any of the best stretches in his entire career.  He cooled down a bit in May and considerably in June, but a .308/.354/.411 line (.338 wOBA) is still plenty good for a SS his age, and to a certain degree it has helped mask his continued declining defensive range.  As much as Jeter has been on base this season, he probably should have more than 47 R scored, but he's holding up his end of the bargain as the table setter.  Hopefully his increased GB rate doesn't get out of control as the 2nd half wears on.

I don't think I could have been more right on this pick, and I didn't even consider any kind of injury problems as serious as the ones that D-Rob and Mo faced when making the pick.  Soriano has been exactly what he was expected to be this season, insurance for the 8th and 9th innings, and he's flourished since taking over the closer role full time.  His 1.60/2.38/3.85 slash is lights out, and save for the walks his numbers this season are better across the board than they were in the 2010 season that inspired the Yankees to sign him in the first place.  He's been great.

I basically pegged The Horse as the final determining factor in the Yankee offense being the best in baseball or just very good, and with what he's done in the first half I think that was a very accurate assessment.  Like Martin, A-Rod has been surprisingly healthy from the start of the year, but he just isn't producing the way a middle-of-the-order bat should.  .269/.257/.436 is pretty pedestrian by the lofty standards A-Rod has set for himself in his career, and there isn't much to suggest that a big breakout is coming.  If he can muster up some of the old glory, this team can be really tough in the 2nd half.

This pick is the worst looking back on it, but how was I supposed to know the guy would tear his damn labrum??  I still stand by my statement in April that a CC, Kuroda, Pineda, Hughes, Nova rotation could have been great, but the rotation has been just as great with Andy Pettitte in place of Pineda, and could continue to be just as great in the 2nd half if CC returns to form after coming off the DL.  Pineda has had zero impact on the first half, he'll have zero on the second half, and he'll be facing a whole new batch of scrutiny when he returns in 2013.

I'm going to go ahead and say I went 3-5 with those picks,with one of them being a moonshot home run (Soriano) and another a double in the gap (Jeter), and I feel pretty good about that.  That's an Andrew McCutchen-esque prediction line right now.  Now if only Martin and A-Rod could pick it up starting on Friday and really make me look good.
Posted by Unknown at 7:47 AM