And it's totally embarrassing that you have to bring up your own petty bullshit AGAIN during a team when your team is trying to climb back into the playoff and division races.  When are all your asshole loser teammates and dickhead upper management going to realize that YOU are more important than THE TEAM and WINNING???  The mid-point of the season is the PERFECT time for them to give you your due consideration.  A-fucking-men, bro!

I've said it before, and I'm going to say it again.  Can somebody, PLEEEEEASE, in the name of everything that is good and right in this world, hit this asshole this weekend?  Not even because he's speaking ill of the Yankees this time.  Just because he's such an insufferable piece of human shit. 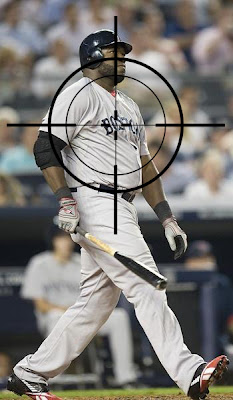