Thoughts On Day 2 Of The Draft 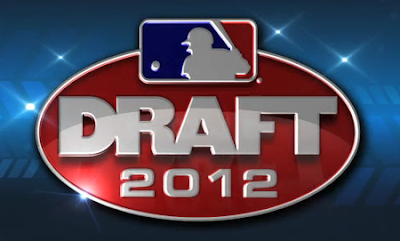 Now that we're deep into Day 3 of the MLB Draft, it's probably a good time to look back on Day 2.  As a guy who's admittedly not even remotely intelligent about the MLB draft, I've made more of an effort to follow the goings on over the past few days to try to learn some more about the guys the Yankees have taken and how they might fit into the team's future plans.  Ty Hensley was a strong 1st-round pick on Monday, and it appears that the Yankees had another strong day yesterday.  Here's my quick take after the jump.


- The thought was that the new draft pool spending rules were going to lead to changes in strategy, and I like the Yankees' strategy of going heavy on college seniors in the first 10 rounds (5 picks total).  They're cheaper, easier to sign, and give the team some room to maneuver and look for high-upside guys in the later rounds.

- After voicing my concerns about the current state of the Yankee catching core last week, I was happy to see them go for a good catcher early.  Taken in the 2nd round, Peter O'Brien looks like he could be a very good all-around catching prospect, even if he might be a little big for the position, and as a college senior there shouldn't be much of an issue to sign him.

- I really liked the Corey Black pick in the 4th round.  Like Hensley, he has a plus fastball and already one plus offspeed offering (changeup).  The TJS might be a concern to some, but the fact that he came  back from it quickly to pitch this year makes me feel pretty comfortable.

- You always want to be strong up the middle, and the Yankees attempted to build more depth there by adding another toolsy CF (Austin Aune in the 2nd round), a couple of catchers (O'Brien in the 2nd, Chris Breen in the 12th), and an interesting second base conversion project (Rob Refsnyder in the 5th).

- The thing I like most of all is that the Yankees seem to have targeted guys that are planning to sign quickly.  Hensley said it in his first comments after being drafted, Aune has already agreed to sign, and Black has reportedly said the same thing.  It's always a bummer to lose a top pick (think Gerrit Cole), so to have most of the Yankees' top picks saying they are going to sign is a good thing.

- Overall it was a solid Day 2 for the Yankees.  Let's see how they follow it up today.  There's still a lot of high-ceiling talent out there, and even though he's not a draft-eligible player, Jorge Soler is out on the market.  The next wave of big Yankee prospects could be coming in soon.

As always, for more on the draft, and more details on the Yankees' Day 2 selections, make sure you check out Mike Axisa's stuff on RAB.
Posted by Unknown at 2:42 PM