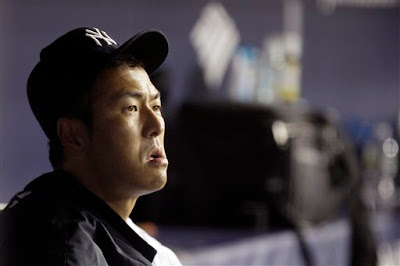 Phil Hughes will take the hill tonight, facing off against the immortal Anthony Swarzak as the Yanks look to salvage this series and he looks to get his game going in the right direction before heading to Bahhston this weekend.
Posted by Unknown at 6:27 AM