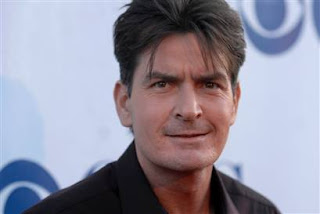 "I spent close to the last decade effortlessly and magically converting your tin cans into pure gold." - Jeter

This seemed to be Jeter and Casey Close's whole position in negotiating Jeter's new contract last year.  They were playing up the angle of who Jeter is and what he's done and what he means to the organization rather than focusing on what his numbers are.  And when you consider some of the patchwork rotations the Yankees were working with in the mid-2000s, and the fact that Jeter was putting up monster numbers to help those teams win, this would have been a fair statement to make.  In fact, I wouldn't be shocked if Close actually did say this word-for-word at one of the meetings.

He would never say something this arrogant, so it's not even worth imagining it, but is there a more true statement to describe Mo's performance over his career.  The dude just runs roughshod over the entire sport of baseball and 2 generations of players with one pitch, the fastball earlier in his career and the cutter now.  If that's not magic and poetry in his fingertips then I don't know what is.

"Most of the time, and this includes naps, I'm an F-18, bro.  And I will destroy you in the air. I will deploy my ordinance to the ground.” - Jesus

This one's a bit of a stretch.  On the one hand, Jesus is definitely comparable to an F-18 and he will flat out destroy people once he gets up to the show and starts raking.  On the other hand, the whole 'in the air/on the ground' dynamic seems more appropriate for a pitcher.  But since there's no one on the Yankee staff who lives up to this monumental declaration (except Mo), I'm happy to assign Jesus to this and continue to wait for him to make it a reality.

"'Oh, you’d better work through your resentments.’ Yeah, no. I’m gonna hang on to them, and they’re gonna fuel my attack. And they’re going to fuel the battle cry of my deadly and dangerous and secret and silent soldiers." - Joe

I could see Joe saying this if/when the media questions about the Fraud Sawx and losing out on Lee get to the point that nobody wants to talk about them anymore.  And I would give him a standing ovation for doing so.  As much as I preach not worrying about the Lee or Red Sox situations, I do think the team will use that talk as motivation this year.  They're already using words like "underdogs" and "hunter" to describe themselves, so why not go all out and just say that these 2 topics are going to fuel the Yankee attack this year?

"The only thing I’m addicted to is winning." - CC

People thought CC was going to go to the Angels because he's a Cali boy.  Now they're all worried about him opting out and leaving after this season.  Look, CC is almost certainly going to opt out, and he should because it's a business and I can't hate on the guy for trying to get a few more bucks.  But anybody who thinks CC isn't re-upping is a moron.  He's chasing wins, not dollars, and he knows his best chance to get more wins and get more rings is with the Yankees.  Period.

"Newsflash: I am special, and I will never be one of you!" -Cano

"He’s a stupid, stupid little man and a pussy punk that I’d never want to be like.” - Cash on Cliff Lee

This was just to be funny.  I know Cash is way too classy to say it, just like the first quote, but it would make my day to watch him call out Lee and his dumbass wife for being too scared to come to the Big Apple.

So there you have it, just a little Yankee humor at Charlie Sheen's expense.  And seriously, go listen to that rant of his on YouTube.  Pure comedy.
Posted by Unknown at 4:18 PM

This was awesome! Only you would find a way to spin the genius of Charlie Sheen into Yankees comedy. I love it! And yes, Charlie Sheen is a genius and is as good as he declares in my opinion. I hope he gets cleaned up and dominates Hollywood the way Robert Downey, Jr. did.

I've been out of the loop for a while as I had to replace computers and do a lot of other personal stuff. This was the perfect way to get my head back in the game. You rock!