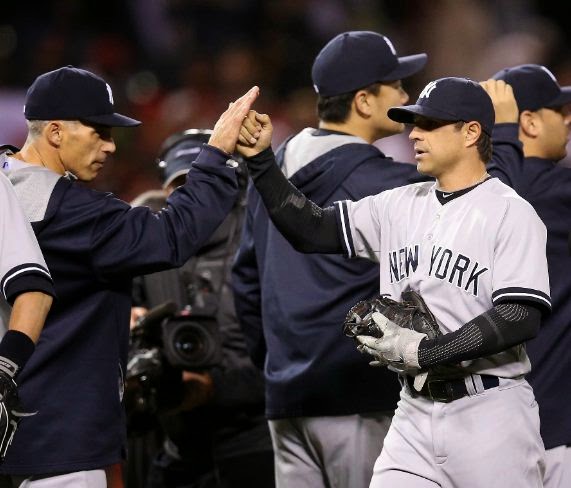 Rubber match tonight and it'd be nice to head into the travel day with a series victory.  The starting pitchers are a pair of lefties, Vidal Nuno for the Yanks and Hector Santiago for the Halos.
Posted by Unknown at 6:43 AM