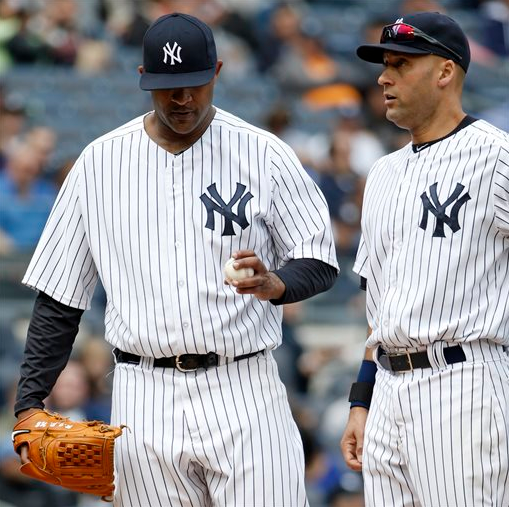 - Aceves: 5.1 IP, 3 H, 0 R, 0 BB, 5 K.  The guy must just love pitching for the Yankees.  He's been pretty shitty since leaving but he was excellent today.  Maybe Joe starts to work him in as CC's tandem start partner?  Might not be a bad idea if this is how CC is going to pitch.

It's off to the west to start a 6-game road trip.  It begins with 3 games against the Angels and David Phelps will finally make his first start in place of Pineda.  He'll face Anaheim ace Jered Weaver.
Posted by Unknown at 4:46 PM

Nice to see that when Beltran isn't hitting, he doesn't play defense either.

Then again, neither does CC - good call - not bothering to cover first for a double play when he's already pitching like garbage.

Yeah, Beltran failing to even move from his spot, let alone get where he was supposed to be to back up Ellsbury, was pretty terrible.