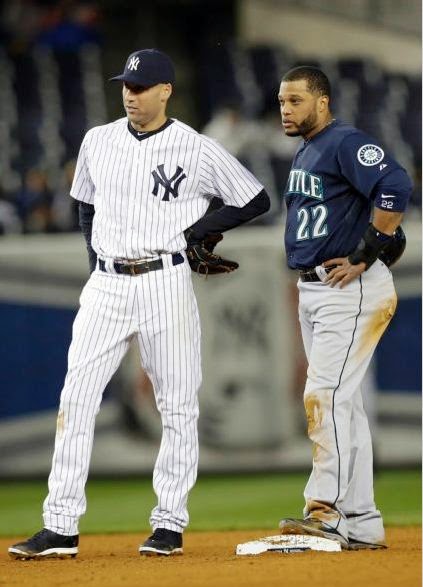 - Sabathia: 5 IP, 9 H, 4 ER, 0 BB, 6 K, 1 HBP.  The line that CC has to walk as a pitcher with high 80s-low 90s fastball velocity is very thin, and thus far he hasn't shown that he's capable of walking on the right side of that line.  He cruised through 2 innings, struggled through the next 2, and then completely fell apart in the 5th.  His stuff was plenty good.  His command wasn't, and he doesn't have good enough stuff anymore to survive without his command.

The Yanks will look to bounce back tonight if the weather when David Phelps makes his first start of the season in place of the suspended Michael Pineda.  He'll be opposed by Roenis Elias.
Posted by Unknown at 6:35 AM