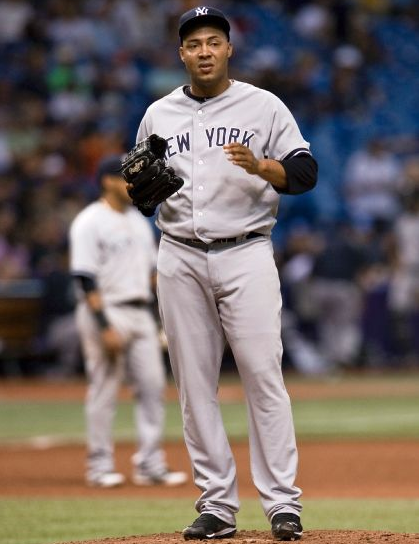 - Kuroda: 5.2 IP, 7 H, 3 ER, 2 BB, 2 K.  He wasn't awful by any means, but Hirok gets held to a higher standard after his first 2 years in pinstripes and this wasn't a very good performance by that standard.  He wasn't sharp with his command, he wasn't efficient with his pitch count, and he couldn't put batters away with 2 outs when he really needed to.

Third game of this 4-gamer is tonight and Ivan Nova and Chris Archer are the scheduled starters.  The Yanks could use some length out of Nova after last night, although they will have a fresh arm available in Matt Daley.  He was called up after Cesar Cabral was DFA'd after the game.
Posted by Unknown at 7:12 AM