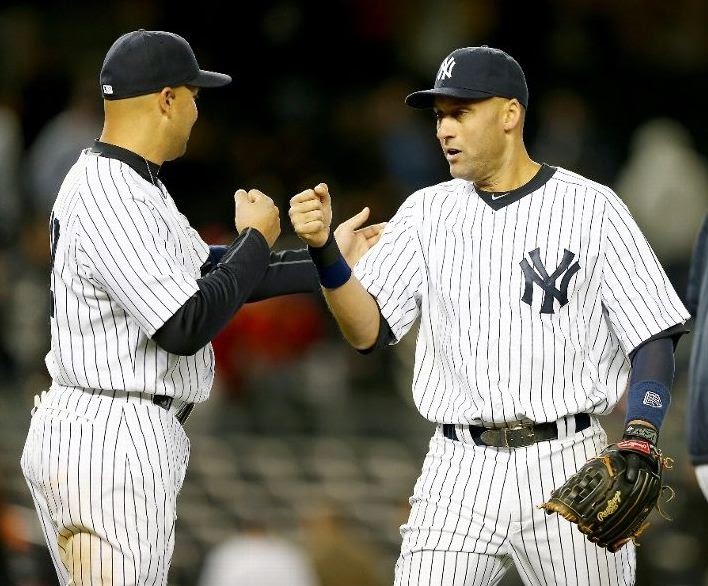 - Pineda: 6 IP, 4 H, 0 R, 1 BB, 3 K.  Not as overpowering as he looked at times in his first 2 outings, but an excellent performance nonetheless.  He mixed pitches well, he threw a lot of strikes early, and he let his defense support him.  Joe kept him under 90 pitches for the second time in 3 starts, but with results like this you don't even care about that.  Best 5th starter in baseball.

The Bombers will be in Tampa for another 4-game interdivisional weekend series and they'll be in first place when the first pitch is thrown tonight.  CC Sabathia gets the start for New York, David Price for Tampa.
Posted by Unknown at 6:46 AM