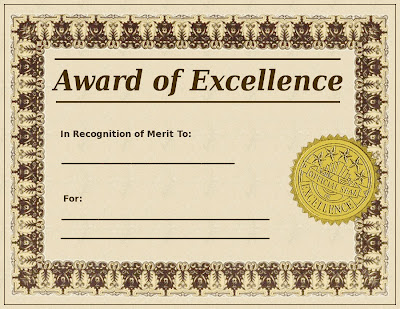 
Player of The Month: Robinson Cano

The best part about this month might have been Cano overtaking Ian Kinsler for the ASG voting lead at second base in the last few weeks.  It's almost criminal at this point, but Cano is still underrated in the eyes of the general baseball public, so to see him rise up and get the starting spot for the American League that he rightfully earned and rightfully deserves with the way he's played is a positive sign.  Cano is continuing to work his way into the minds of baseball fans everywhere as the best second baseman and one of the best all-around players in the game, and he's working himself up the list of leading AL MVP candidates again.

Pitcher of The Month: Hiroki Kuroda

It was neck and neck down the stretch between Kuroda and Sabathia, both of whom (along with Andy Pettitte) had months worthy of being called the best.  But Kuroda edged out CC right at the end with his monster 7-shutout innings/11-K effort against the White Sox on Saturday, which gave him more starts this month (6) than CC, more IP (41.2), more K/9 (9.44), an ERA a full run lower than CC's (1.98), and walk, FIP, and fWAR numbers that stood up side-by-side against Carsten's.

Kuroda, like Robbie Cano, had a rough April, a better May, and a fantastic June.  Kuroda really seems to be settled into life in the American League and has really started to find his stuff along the way.  His slider and splitter were dynamic this month, and paired with his improved fastball and improved command overall, they give a pitcher with Kuroda's experience and demeanor more than enough to survive and even dominate opposing lineups.  When he needs to, he can dip into his bag of other offspeed offerings to keep teams honest, and Kuroda is going to be looked to as the team's ace and rotation leader over the next few weeks.

Play of The Month: Russell Martin's walk-off HR to lead off the bottom of the 9th off of Jon Rauch vs. the Mets- 6/10

Martin was in the middle of his early-June hot streak that saw his batting average finally rise above the Mendoza Line, and on this day he was the bulk of the Yankee offense.  After they were blanked by Jon Niese through 6 innings, Martin capitalized on a critical David Wright error with 2 outs to hit a 2-run HR to pull the Yankees within a run in the bottom of the 7th.  Then, after they took the lead in the 8th on a bunch of dinky hits and gave it away in the top half of the 9th, Martin strode to the plate to face Jon Rauch and crushed a 3-2 fastball into the left field seats for a walk-off HR victory.

Martin was 2-4 on the day with 2 HR, those HR responsible for 3 of the 5 the Yankees scored, and his 9th inning walk-off dinger was the Yankees' first since September of 2010 and just their 2nd walk-off win of the season.  It also capped off a Subway Series sweep in the Bronx, which is always something nice to rub in Mets fans' faces.

June was the rotation's month to shine, so the best individual performance has to come from the starters.  There were a couple of better outings than this one in terms of Game Score- Andy's 7 shutout innings against Tampa on 6/5 (82), and Kuroda's 7 against Chicago on Saturday (81)- but taking into account the guy pitching, his opponent, and the location (away game), I don't think there was a better starting performance than the one Phil Hughes had against the Tigers on June 3rd.

Remember that Hughes was coming off an absolutely horrid outing against the Angels in his previous start (5.1 IP, 11 H, 7 ER), had an ERA in the mid-5.00s, and had a ton of rumblings surrounding his status and the safety of his rotation spot at the time.  For a bounce-back start, he was placed in a really difficult spot, on the road against a HR-hitting lineup and staring at Justin Verlander across from him, and it didn't exactly look like things were going to get any better for him.  And all Hughes did that day was come out and throw a complete game 4-hitter, allowing just 1 run and striking out 8 for his first career CG victory.  He outpitched Verlander in Verlander's home park, he held Miguel Cabrera to an 0-3 day with 2 Ks at the plate, and he restored people's faith in him as a reliable starting pitcher.

That win secured a series victory for the Yankees, and acted as the catalyst for the strong month that was to come.  The team has gone 19-6 since Hughes' CG, and Hughes has pitched much better and much more consistently since then.  The Game Score of 80 is just short of the brilliant outings had by Pettitte and Kuroda this month, but in terms of the big picture, this outing was the best and most important one by a Yankee pitcher in June.

At the time, this was probably the premiere interleague matchup of the season.  2 teams, both division leaders of arguably the 2 best divisions in baseball, both in the middle of 6-game interleague winning streaks.  The Yankees had knocked off the Mets and Braves in order; the Nationals had done the same to the Blue Jays and Fraud Sawx.  This series was going to show who the real bad boy on the block was, and after the Yankees knocked Washington around in game 1 of the series, this 2nd game was a pivotal one in terms of establishing some supremacy.

As it would turn out, the Yankees would play a sloppy game of baseball on this day.  They fell behind early, failed to generate much offense against the Nationals' starting pitcher, coughed up an 8th-inning lead, and went hitless from the 7th-13th innings as the game dragged on and their bullpen got shorter.  They also lost Nick Swisher to injury in this game, and benefited greatly from a missed call at home plate when Dewayne Wise attempted to gun down the go-ahead runner in the 8th.  Heading into the 14th inning, the Yankees were 0-16 with RISP, the peak of their RISP Faili-ness, but they finally came through with a couple of key hits to score the eventual game-winning runs.

As I said in the recap for this game, sometimes it's good to win when you clearly don't bring your A-game.  That's the sign of a good team, and the fact that the Yankees were able to pull out this win on the road was proof that they were a good team.  This kept momentum moving in the right direction, and was a sign to the rest of the NL that the Yankees ain't nothing to F with.
Posted by Unknown at 12:51 PM