Andy Pettitte And The Balance Between Nostalgia And Necessity 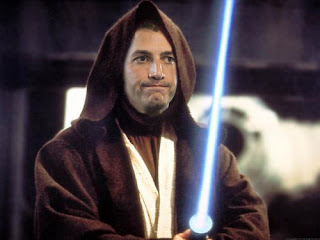 Let me preface this post by saying that this is not meant to be me taking a shot at Andy Pettitte. Andy is one of my favorite Yankees of all time and I'm happy that he's coming back for another go. I was bummed when he decided to hang it up after the 2010 season, especially when it was clear that he could still get the job done. If you're a believer in the "you can never have too much pitching" theory (and you'd be an idiot not to be), you have to be a fan of this move. Any time you can bring in the all-time leader in multiple postseason statistical categories who also happens to have won five championships as a member of your team as your de facto 7th starter, that's a good move. What bothers me about the situation, though, and has from the time I first heard the breaking news on Friday afternoon to right now, are the implications that this has been in the works for a while and that Pettitte deserves to be shoehorned into the rotation at some point simply because he's Andy Pettitte.

As more of the backstory leading up to the signing has come out, it has become clear that this wasn't so much Andy suddenly getting the urge to pitch again as it was a mutual back-and-forth discussion between him and Cash about the possibility of him coming back that goes back to last December. During last Friday's press conference, Cash stated that he offered Andy a $10-12 million deal as a way to force his decision and implied that had Andy accepted the offer, the Michael Pineda and Hiroki Kuroda moves might not have happened. At the time, the Yankee rotation was CC, Nova, a recently re-signed Freddy Garcia, Phil Hughes, and He Who Shall Not Be Named. Pettitte likely would have been an upgrade over at least one of those options, but the idea that the Yankees were willing to throw 12 mil at him when he had been retired for a year and hadn't really been working out as a pitcher rather than pursue guys like Pineda and Kuroda is a little frightening. If you would have asked me back in December whether I would rather have a 39-year-old Andy Pettitte coming off a year away from the game for $12 million or Michael Pineda and Hiroki Kuroda for less than that, I would have chosen Option B.

Once those moves were made, this behind-the-scenes story should have died. But because Pettitte kept working out and informed Cash that he wanted to pitch when he showed up at camp a few weeks ago as a guest instructor, here we are in mid-March with Andy Pettitte back in a Yankee uniform. In the time that has passed since he and Cash talked in December, the Yankees have put together a blueprint for their 2012 rotation (whether they publicly admit it or not) that includes both Pineda and Kuroda as well as a third consecutive ST competition for the 5th spot between Hughes and Garcia. In addition to those six, the Yankees have also gotten strong spring performances from David Phelps and D.J. Mitchell, guys who are close to banging their heads against the Triple-A glass ceiling and not getting any younger. On paper, they're as deep as they've ever been in the rotation and well-stocked with young talent to cover any injury or performance-related issues. If ever there was a season where the Yankees didn't necessarily NEED a cheap veteran starter, this was it. This is where my concern comes in.

The Yankees were set up to have Hughes (25), Nova (25), and Pineda (23) be major contributors this year and possibly lock themselves into rotation roles for the next couple seasons as part of the team's cost-cutting initiative. Now, instead of getting a chance to do their jobs, earn their keep, and show that the Yankees were smart for giving them that chance, each guy will have the cloud of Pettitte hanging over him every time he has a bad outing, a bad inning, or throws a bad pitch. The Yankees can say all the right things publicly about each pitcher, but those words ring a little hollow when they turn around and sign somebody who's been retired for over a year as an extra insurance policy for them, and even more so when that somebody is a beloved Yankee like Pettitte. Same for guys like Phelps (25), Mitchell (24), and Adam Warren (24), all of whom are young and all of whom are capable of filling in and possibly filling in admirably should they be called upon during the season. By bringing Pettitte back and essentially having him skip to the front of the rotation line when he's ready, the Yankees would be saying to these young players, "we're confident in you, just not THAT confident in you." For an organization with a track record of developing young pitching that's as spotty as the Yankees' is, this isn't exactly the greatest message to send.

And while Pettitte could very well be a better rotation option than everybody mentioned above, I'm not willing to put all my chips in on that bet based off what I've read so far. During the tell-all presser on Friday, Cash stated that there was probably some disconnect between where Pettitte felt he was and where the team felt he was in his preparation for the season, and Pettitte himself admitted that his legs are nowhere near where he needs them to be. Knowing that, and thinking back to the groin injury that cost him a lot of time in 2010, I don't think it should be a foregone conclusion that Pettitte automatically gets handed a spot in the rotation if and when he's physically ready just because one of the young pitchers is struggling and just because he's Andy Pettitte. As much as I want to see if Andy still has it, I'm not sure I want to see it at the expense of the development of guys like Pineda, Nova, Hughes, Phelps, Mitchell, and Warren. In one way or another, all of them factor into the Yankees' long-term plans more than Pettitte does, and the argument could be made that their long-term value as future rotation members or trade chips should trump the weight that Pettitte's name carries.

I understand that Andy is practically a god in Yankee Stadium, and his #46 will be retired to Monument Park some day as it should be. When somebody with his kind of stature in the organization says he wants to play, the Yankees would be wrong not to oblige him. I just hope that obligation doesn't lead to an unnecessarily quick hook for somebody else in the rotation. Injuries are one thing, but to yank a young starter and demote him because of a few rough outings to make way for Pettitte would be wrong and potentially destructive to his development. The Yankees have good young pitchers, some with the chance to become very good, and the best way for them to improve is to pitch at the Major League level. I don't want Andy's presence as the potential White Knight who will ride in and save the rotation this summer to turn him into the Angel of Death for any of the young pitchers' careers.

Truth be told, I don't really know where I'm going with this. I like that Andy is back and I like that the Yankees have increased their organizational rotation depth by adding one of the top 3-5 greatest starting pitchers in organizational history. He showed that he still had plenty left in the tank in 2010, so it seems reasonable to expect him to be able to contribute positively to the team this year when his time comes to do so. On the other hand, I don't like that the Yankees' burgeoning crop of young pitchers continues to be passed over as viable options for the rotation, especially when they've already shown that they are worthy of an opportunity. There's not much left for Phelps, Mitchell, and Warren to accomplish at Triple-A, and I really don't see what Pineda or Nova will learn from being sent down in favor of Pettitte if they struggle that they can't learn from staying in the rotation and working through their issues.

Let me put it to this way. If you were to read about the Yankees offering $12 million to a 39-year-old pitcher who had been retired for a year as a possible mid-season replacement for Michael Pineda, and the pitcher's name wasn't Andy Pettitte, would you be as excited as you are right now?
Posted by Unknown at 9:00 AM