The Yankee Family Loses Another 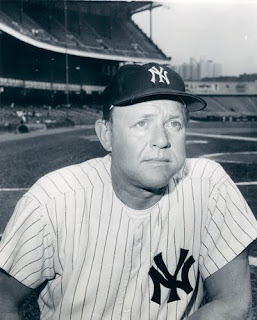 (Ralph Houk: 1919-2010)
Yesterday the Yankees lost another one of their own, as  Ralph Houk passed away at age 90.  He has the interesting distinction of being a member of the Yankees as a player, manager, and GM, and was a part of multiple World Series-winning teams.  I won't even pretend to know as much about Houk as others, so I'll just direct you to this post by Jay at Fack Youk, who does a much better job of telling Houk's story  than I ever could.