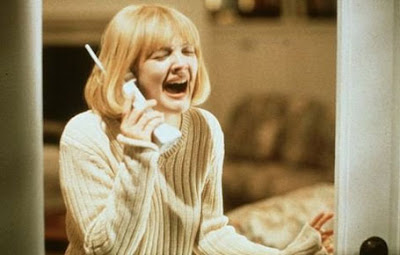 Talk about a kick right in the fucking apple bag, huh? I give out 4 guaranteed winners for this weekend and all 4 of them go down in flames, 3 of them in spectacularly pathetic fashion. Thank Joe Pesci I didn't actually follow any of my own advice and bet any of the games I picked, otherwise I'd be calling out of work today to either hit the street corners and give HJs and BJs to pay off my debt or skip town completely. To anybody that was unfortunate enough to read and believe anything I said on Friday, I apologize. And remember to cup the balls.

To put it in baseball perspective, my Green Bay-Arizona pick was 'Tim McClelland missing 2 obvious calls in Game 4 of the ALCS'-bad; Close game, could have gone either way. If you subtract the first and last plays of the game, Green Bay probably goes on to win the game and cover, so it wasn't like my prediction was so far off that it made a difference.

Jets-Cincy was 'Mike Scioscia removing John Lackey in Game 5 of the ALCS'-bad. Just like Scioscia, I focused too much on past performance and didn't give enough credit to what had been happening recently. I had blind faith in the Bengals, my version of the Angels bullpen, and believed they would regroup and get it together. Once the game started, they shit the bed completely and the Jets were Mark Teixeira knocking the Bengals all over the place.

Dallas-Philly and Pats-Ravens were just awful calls on my part. We're talking 'Ron Gardenhire leaving Jose Mijares in to start the bottom of the 11th in Game 2 of the ALDS' or 'Charlie Manuel deciding to start Pedro in Game 6 of the World Series'-level bad calls here. Just absolutely indefensible decisions that were so bad, after they were made and the results played out you had to wonder if the managers (or in this weekend's case, me) were smoking asbestos and drinking embalming fluid when they made those calls.

Just like this past weekend saw the end of the undeniable end of the Patriots' dynasty and the possible end of Donovan McNabb's tenure in Flipadelphia, it also signaled the end to my status as a surefire football prognosticator. My 11-6 regular season record is completely nullified and now it's time to rebuild. But hey, there's always next week and that's why I'll be back on Friday to try to right the ship and get back to my winning ways.

(Just don't take anything I predict to heart or to your bookie)
Posted by Unknown at 9:38 AM