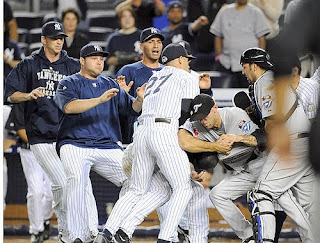 What the Yankees need to do is use this as a catalyst to get re-focused and build up the momentum they carried through July and August to round into playoff form because the baseball they've played over the last couple weeks, including last night, won't get it done come October.
Posted by Unknown at 11:11 AM