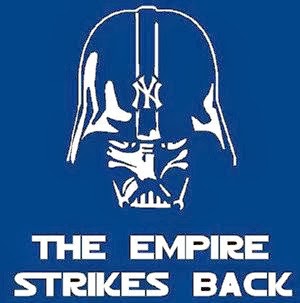 I get that competitive balance is still a big thing in professional sports.  I don't agree with it at all but there's nothing I can do to change it.  But how much more does the playing field need to tilt towards the small markets and have-nots in baseball before they'll be happy?  They're already getting fat luxury tax checks from the Yankees every year that many teams choose to pocket instead of redistribute into their ballclubs.  They already get the best draft picks in the amateur draft with a new bonus slot system that ensure they can sign the top players they draft.  They have new international FA spending limits to ensure they have a fighting chance against the Yankees when it comes to those players.  And now they get a lameass posting fee ceiling for Japanese free agents that really only serves to delay the inevitable since none of those teams have the money to sign what is essentially going to become a top free agent under this system anyway.

It's a shame that other teams don't have the monetary advantages that the Yankees do, but they're getting plenty of help everywhere else to make up for it.  Taking away the last real advantage the Yankees have is unfair and I hope they flex their monetary muscle when it's appropriate to keep that advantage on the table as we move into this new era of Japanese free agent negotiations.

P.S.- If this reads like a whiny, spoiled Yankee fan, good.  I'm sick and tired of listening to every other team and their fans complain about the Yankees' money and how it's not fair.  Spend your fucking luxury tax checks on a few players and then come back and talk to me about unfair.

P.P.S.- If you want some really good perspective on the Yankees' success and something to use to shut your friends up if they're making the same tired "Yankees just try to buy everybody" cracks, check out William Tasker's piece at IIATMS/TYA today.
Posted by Unknown at 10:33 AM