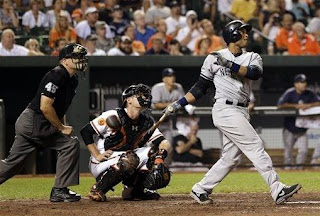 The Yanks would love a win tonight to take this series, so it's interesting that Joe's choosing to go with Phil Hughes for the start over Huff.  Hughes will be opposed by Wei-Yin Chen.
Posted by Unknown at 6:58 AM