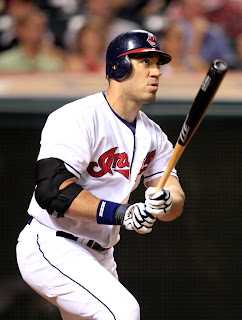 (Where to put Pronk?  Courtesy of the AP)

It's like revision week here at AB4AR when it comes to roster discussions.  Spring Training is bearing down upon us (and the players who will actually be participating in it), and the Yankees continue to add pieces to the roster competition.  First it was sorting through all the cheap 1-year signings and MiL players to determine who were the leading candidates to take the final 4 open roster spots.  Now with the additions of Juan Rivera and Travis Hafner, and the ever-uncertain situation surrounding Alex Rodriguez's future with the team, it's time to once again take a look at the potential batting orders for the Yankees in 2013.  I probably don't need to remind anybody of this, but I use the word "orders" because there is more than likely going to be a lot of lineup juggling and platoon splits from Joe this season to maximize the output potential of the players he has and keep everybody as healthy as possible.

Not a whole lot has changed from the first version of my "vs. RHP" batting order.  I still like the idea of Gardner 1, Jeter 2 to add some more speed and versatility to the top of the order.  Gardner takes more pitches than Jeter, is more of a threat to steal and take extra bases than Jeter, and gives Joe the opportunity to play a lot of hit-and-run games with Jeter at the plate when Gardner gets on.  Jeter makes a lot of contact, and balls in the right-center gap will lead to runs if Gardner is running.  Joe can also put Gardner into motion to try to stay out of the double play, something that's always in play with Jeter's GB tendencies.

You'll notice A-Rod is nowhere to be found here.  The team was probably already leaning towards benching him every now and then against righties.  Now that they have a legit lefty masher for the DH spot against righties, A-Rod will find himself on the bench a lot more often.  The team is clearly pissed at him for getting into another PED mess, so I don't think they'll have a problem sitting A-Rod and hoping it leads to him coming to them to discuss a buyout (it won't).

If Ichiro can stay somewhat productive and Hafner and Youkilis can stay healthy, this lineup can actually be really dangerous.

I still had Gardner and Ichiro together in the "vs. LHP" last December, but now that the Yankees have added a few more legitimate righty bats, I would sit one of them in favor of a righty with some power and normally that would be Ichiro.  He's older, he's more prone to fatigue from playing every day, and you just don't sit your center fielder for pitching matchups, which is the position I'd like to see Gardner finally play this season. Rivera has a leg up on the competition IMO because of a longer track record of Major League production, but pretty much any righty bench OF bat could be plugged in.

If A-Rod is going to be useful this season it's going to happen against lefties.  He still knows how to hit, he might still have a little power left, and he can help break up the lefty bats at the bottom of the order by being a middle-of-the-lineup presence.

The depth and power of this lineup is much weaker than that of the "vs. righty" lineup, and it would become even weaker if guys like Youkilis and A-Rod get hurt again.  The Yankees will probably lose Russ Canzler to a waiver claim before they get the chance to stash him in Triple-A, and if some of these key right-handed bats go down, they'll be forced to turn to guys like Eduardo Nunez or Jayson Nix as everyday corner IF options.

This is still all based on nothing more than personal preference and strategy, and once spring camp starts and we get to see everybody in action everything can change.  I think the Yanks have upgraded a bit from where they were in December with respect to their lineups.  They have some lefty and righty bats with actual pop to plug into the key platoon spots of the lineup, which is better than having to lean on the Nunezes and Mesas of the world.  Time will tell if everybody can stay healthy, stay productive, and stay in the lineup.
Posted by Unknown at 11:18 AM