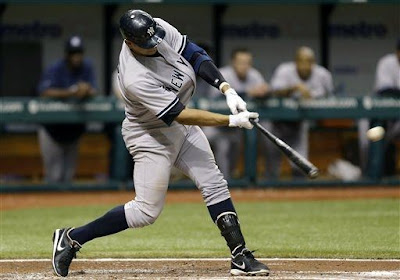 Oh look, honey!  It's the Orioles again!  These assclowns are really starting to piss me off.  They've got everybody talking about them and how awesome they are even though they have a negative run differential and are one of the worst defensive teams in baseball.  The Yanks already have David Phelps there preparing for tonight's start, and he'll be up against a returning Jason Hammel.
Posted by Unknown at 7:14 AM