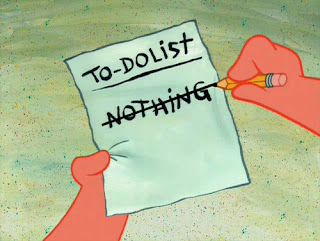 I'm not talking about C.J. Wilson and Yu Darvish here.  I'm talking about the current guys.  Figure out what the plan is for 2012 for the crop of guys that finished 2011.  Decide whether to bring Freddy a/o Bartolo back, decide where A.J. fits in, decide where to slot Nova in, decide whether Phil is a starter or reliever moving forward and then give them all marching orders for the offseason.  Have Nova continue to work on refining his offspeed stuff, have Phil get into better shape and build up his arm strength if he's going to be a starter, and take A.J. to a witch doctor since that's really the only option I see left.  Know what you're working with for a 2012 rotation before you start to target additional options.

Once you have the rest of you internal rotation guys set, then start to go after FA and trade targets.  When it comes to the rotation, I would tend to lean more towards the side of Darvish over Wilson, but that's just me.  Assuming that CC, Nova, Phil, and A.J. are going to be back, the Yankees really only need 1 of the 2, and then a backup plan if they end up with neither (that plan most likely including their internal cache of quality Triple-A arms).  And if Chavez and Jones leave, this is where the Yankees should start to figure out who they want to target to replace them on the 2012 bench.

Jesus Montero needs to get at least 500 PA next year.  That's a fact.  The easiest way to get him that is to make him the full-time DH in 2012.  But A-Rod is going to need DH days, and so will Jeter and Teix and other guys as the season wears on.  The Yankees need to commit to Montero as a backup catcher so that they can get a true evaluation of his skills behind the plate to determine if he can handle that job or find another way to get his bat in the lineup when his DH spot is needed.  And they need to do it before Spring Training so Montero knows what to work on.

Since signing his monster deal in '07, A-Rod has not played a full season as a Yankee.  And as much as I like him, 99 games in 2011 wasn't worth the money he's going to make moving forward.  The Yankees need to find a way to keep him on the field for 140 games next season.  It's going to involve getting creative with the lineup and giving him DH days and full off days here and there.  But they need to find a way to do it and to keep him healthy, because he can still be a productive bat when healthy and still plays a very good 3B (as shown in the ALDS).  The only way to make his horrible contract less horrible is to keep A-Rod on the field, and there needs to be more done towards making that a reality than just A-Rod trying a new workout routine every offseason.

7) Fill Out Bench & Bullpen As Needed

After all the dust has settled in the FA frenzy, there are going to be some spots that need to be filled for the 25-man.  Whether it involves pre-identified veteran targets or internal options, I'd like to see the Yankees get all the holes filled and all the roles defined prior to Spring Training.  Position battles are always a big part of ST, but for once I'd like to see as many, if not all, of the roles clearly defined early so that guys can focus on sharpening up and getting ready for the season rather than try to win a job.

Obviously starting pitching is the biggest need area, but I want the right guy (Cash) handling that and not the clowns in the owner's box.  Just my thoughts for how I'd like to see this offseason approached.  Agree or disagree?
Posted by Unknown at 11:26 AM