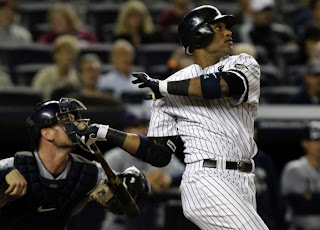 Next up for Robbie is the AL MVP vote later this month.  After that we'll have to wait for the Nobel Prizes and the nominees for the Grammys and Oscars to be announced to see what else Cano can win this year.  With the kind of season he had, I wouldn't count him out of anything right now.
Posted by Unknown at 9:23 AM