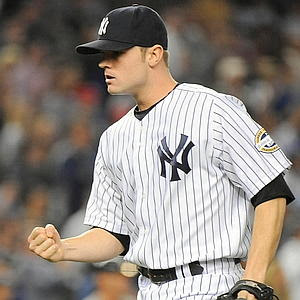 The Adam Dunn talks have stalled and there are no decent starters left out on the market, so the bench and bullpen still look like the areas most likely to see a change.  But one thing's for sure; the re-emergence of Robertson as a viable bullpen option certainly lessens the urgency with which the Yanks should be looking to fill the other holes out there.
Posted by Unknown at 2:52 PM