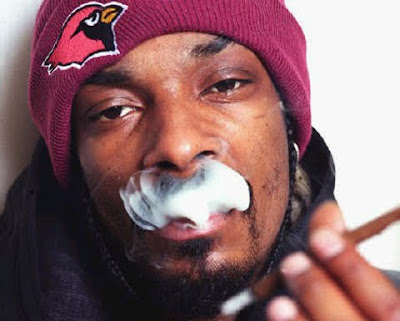 Did I miss something?  Can somebody explain to me how the Red Sox signing John Lackey to a 5-year deal and the Phillies essentially trading Cliff Lee for Roy Halladay is a big deal for either of those teams or the Yankees?  Theo and whatever schmuck runs the Phillies must have been watching the Cypress Hill: Live At The Fillmore DVD together when they came up with these ideas because neither of these moves puts these teams any closer to beating the Bombers next year.

First the Phillies.  Their biggest weapon on their entire pitching staff last season was Cliff Lee.  He carried their staff through the postseason and was dominant in all of his outings except Game 5 of the World Series.  With his limited exposure to National League teams he would have been a front runner for the NL Cy Young next year, been the #1 starter on a team that would once again be favored to advance to the World Series out of the NL, and given the Phillies the appealing option of going lefty-righty-lefty-righty-lefty in their rotation next year if they so chose.

Now by moving him out of the way to make room for Roy Halladay, they have sacrificed their chance to have the most dominant 1-2 pitching punch in baseball and become odds-on World Series favorites for next season, and at the end of the day end up with a rotation no better with Halladay at the front of it than it would have been with Lee at the helm.  All of this because Lee wanted a contract at market value (something very fair for the 2008 AL Cy Young and one of, if not the best, pitcher in last year's postseason to ask for), and Halladay had indicated that he would sign for less than his market value if traded to Philly.  What kind of message does this send about Philadelphia's commitment to winning?  They could have had the most stacked rotation in the NL by far, probably the best in baseball in either league, and instead they jettisoned one ace to make room for another all over a dollar value that will likely only be somewhere between $5-15 million difference.

Newsflash fellas, just because Roy Halladay says he'll sign for less than you expect, that doesn't mean you're signing him for 5 years, $25 million.  The dude is going to want to get paid and you're going to have to pay him.  The added revenue that would come from having one of the best teams in baseball and the best 1-2 punch on the hill for the next couple of seasons would have probably offset the extra coin you would have had to shell out to keep Lee, so why wouldn't you be aggressive, trade for Halladay, sign both of them, and make a 4-5 year run at multiple World Series titles while they and the rest of your deep lineup are in their primes?  All this move says to me is that the Yankees will have to go through Halladay as the only pitcher who scares you and then the rest of the Phillies' rotation next year on their way to title 28 instead of Lee, so this move is basically a wash.

Now for Fraud Sox Nation, the little engine that could and now can't keep up with the Big Bad Bombers.  The whole "slightly more than A.J. Burnett's contract"-thing is cute; $83 million as opposed to $82 mil, trying to show that you're willing to go the extra mile to compete with the Yankees.  But it just comes off as pathetic, the fact that you still feel like you have to try to one-up New York, and another weak attempt to try to compete with the Yankees when deep down your entire organization knows you can't hang with them over the 162-game schedule next year.  It's like when your little brother is 5 and thinks one day when he's bigger and stronger he's going to be able to beat you at basketball, not realizing that when that day comes you're going to be bigger and stronger too.  It's obvious the Boston brass felt like they had to try to make a big splash to keep their fanbase thinking that they were committed to winning, but this move just rings hollow.

If Boston was really serious about competing next season, they would have bitten the bullet on guys like Michael Bowden and Clay Buchholz and given the Blue Jays what they wanted to bring Halladay into the fold.  A rotation of Halladay, Beckett, Lester, and Lackey is something to write home about; on any given day you're throwing a guy out there who can throw a complete game shutout.  Instead all they've done is add another guy who has a good track record against the Yankees but can't beat them when it counts (check the stats; the later in the season these guys pitched against the Yankees, the worse they performed).

With Beckett looking shaky already at age 29, Buchholz still never proving that he can be consistently good for a complete season, Dice-Gay being the pitching equivalent to a roll of bar dice, and Tim Wakefield having one foot and his bad back out the door, the Red Sox rotation doesn't look any better or worse than the Yankees' right now.  I'll take CC, A.J., and Andy against Beckett, Lester, and Lackey any day of the fucking week, especially with how weak the Boston lineup is looking next year and how deep and flexible the Yanks' is looking.

So congratulations to the Red Sox and Phillies and their fans.  I'm sure you'll sell plenty of tickets with your shiny new pitching toys next year, but at the end of the day you're both still a step below the Yankees looking up.  You both had an opportunity to make a fat-guy-in-a-wave-pool-sized splash in the offseason but were too chickenshit to pony up the cash and prospects necessary to make it happen.  I hope you both remember this when next November rolls around and you're watching from the opposing dugouts or your own homes as the Yankees are dosing each other in Korbel.
Posted by Unknown at 9:34 PM