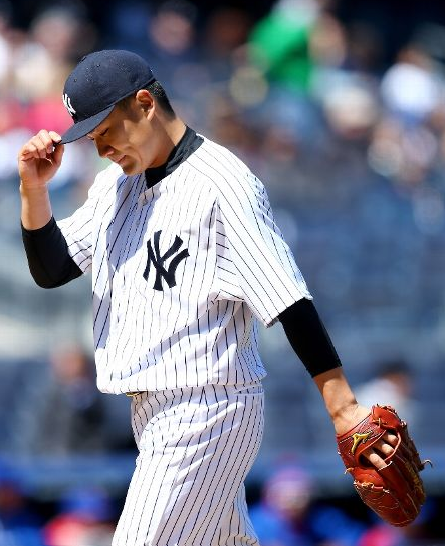 We've seen him struggle a little bit early in games and then find his stuff and dominate late.  We've seen him handle 2 relatively deep and powerful divisional lineups with 2 completely different approaches and then watched him manhandle a shallower NL lineup.  In 3 starts, Masahiro Tanaka has been everything the Yankees and their fans hoped he would be.  He's been the best starter in the rotation and his early success provides a measurable amount of confidence that the team can absorb and overcome the loss of Ivan Nova.

Tonight he'll face his first "real" test as a Yankee when he takes the mound in Fenway to open another series with the Red Sox against their ace Jon Lester.  There's nothing on the line in the grand scheme of things, but like it or not, Yankee pitchers are always judged in part based on how they perform against the Sox.  The Sox were connected to Tanka this past offseason, albeit not nearly as closely as New York, and their fans will remember that and see Tanaka as another case of the big budget Yankees "stealing" a player away with their money.

The environment will be hostile, the lights will be bright, and the opposing lineup will have more than a few dangerous, experienced, smart hitters in it.  Tanaka's already aced his first few Major League quizzes.  He takes his first test tonight in his first true taste of the Yanks-Sox experience.  Based on what I've seen so far, I'm expecting him to score well.
Posted by Unknown at 9:30 AM