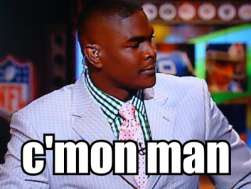 It's mind-boggling.  It really is.  There doesn't seem to be anybody even remotely connected to the Yankee organization who isn't thinking about and hating Alex Rodriguez at all hours of the day.  It's just A-Rod on the brain 25/8/366.  Look, I know that everybody feels butthurt because he lied to you about doing steroids, and he's going to bank half a billion dollars before it's all said and done, and he completely shattered that myth about him not being clutch in 2009, and he's a centaur and you're not, but get the fuck over it.  Get off A-Rod's dick for 5 minutes and keep the focus on the field.

And Hal has no reason to ever be opening his mouth about A-Rod.  You signed him to the 10-year deal, buddy.  You wanted this.  You wanted A-Rod and everything that comes with him and you wanted him so bad in '07 that you completely ignored your baseball people's opinions when negotiating his new deal.  This your bed.  Sleep in it, keep your mouth shut in it, and snuggle right up against A-Rod and spoon the shit out of him in it because that's what you signed up for when you put that new contract in front of him.

Or you could just, you know, decline to comment about him when asked and talk about the current team on the field and what they need to do.  That would be the smart, sensible thing to say.
Posted by Unknown at 8:45 AM