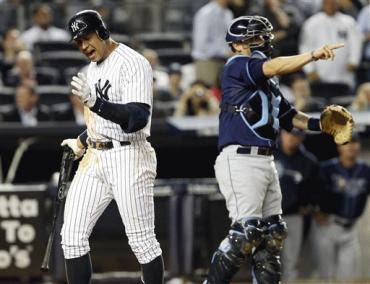 - Curtis Granderson: 0-5, 4 K, 4 LOB.  If you snuck a peek at the late-night post last night, you already know how I feel about this.  Golden Sombreros are never a good thing, and Price had C-Grand's number last night.

The good news about last night's stinker is that the Yanks can quickly wash the game off and look forward to this weekend's Subway Series.  The scrappy, gritty, gutty, and incredibly white and goofy Mets are coming into town!  Johan Santana is back on the mound after his no-hitter one-hitter and the Bombers will counter with Hiroki Kuroda in game 1 of the series tonight.
Posted by Unknown at 7:10 AM