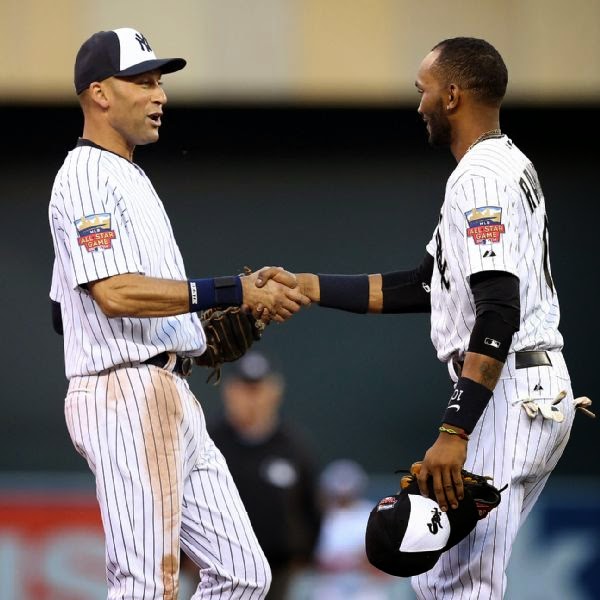 There are great players, good players, All Stars, and MVPs, but there are very few generational players in baseball.  Derek Jeter is a generational player.  He's one of, if not the first player you think of when you think of the last 20 years of baseball, and hundreds of years from now when people are looking back through history, he'll still be the first name associated with this era.  Players like that deserve to have a special send-off from their peers and fellow competitors and fans and it was neat to get to watch Jeter get that moment last night.  It was cool with Mo, it was cool with Cal Ripken, and it was cool last night.  Even somebody as jaded on Jeter as me can admit and appreciate that.
Posted by Unknown at 7:45 AM