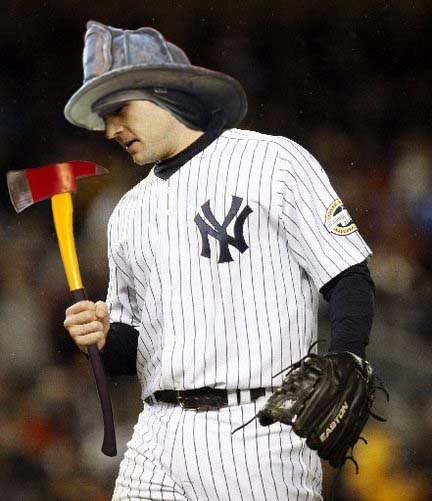 It's been a pretty simple formula too.  D-Rob has thrown 130 pitches in those 7 appearances, about 54% fastballs (mostly the cutter) and 46% knuckle curves.  88 of those pitches have gone for strikes.  Of the 61 curves he's thrown, 41 have gone for strikes, 31 of those strikes were swung at, and 18 of those swings were whiffs.  Pound the strike zone early, get to 2 strikes with the heater, sit 'em down with the hook.  Nothing fancy, just a great pitcher outpitching the hitters he's facing.

And honestly, who the hell is going to hit this curveball?

Look at how much it drops off the table in the final 25 feet before crossing the plate.  There isn't a human alive who has the hand-eye coordination or reaction time to keep up with that.  And the location plot backs that up:

The majority of those curveballs aren't ending up anywhere near the strike zone.  They're just so good and have so much late movement that hitters can't lay off of them.

For the season, D-Rob is up to 27 Ks in 16.1 IP.  His 41.5% K rate is right up there with Dellin Betances' as one of the best in baseball and his 6.2% BB rate is the lowest of his career.  He's pitching better than he ever has this season and even better than that over these last 2 weeks.  If there were any doubters left out there who didn't think he could take over for Mo, I think they're all gone now.

(Images and pitch stats courtesy of TL)
Posted by Unknown at 9:35 AM