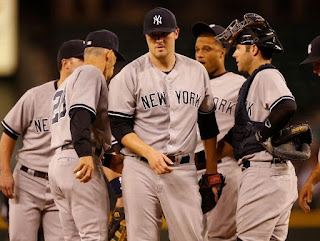 Already up 1 in the series and another favorable pitching matchup set for tonight when Hiroki Kuroda and Jeremy Bonderman square off.  No, I don't know why Bonderman is pitching in the Majors again.
Posted by Unknown at 7:33 AM