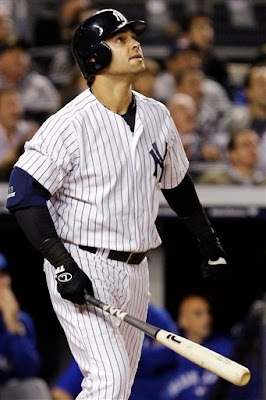 - Things got a little hairy in the 8th with Cory Wade on the mound, but Joba came in to limit the damage and then Joe went back to D-Rob for the 9th after his bombshow in the day game on Wednesday.  Robertson showed he had moved on by striking out the side to close things out.

The Yanks can't seem to shake the pesky O's, but they have a chance to put a little ground on their main Wild Card competition with the start of tonight's series against Oakland.  They started their best stretch of the season against the A's in May, and one of their worst the last time they faced them in July.  CC Sabathia takes the mound tonight.
Posted by Unknown at 7:17 AM