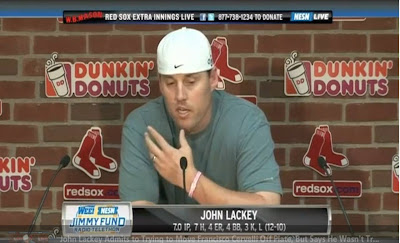 (I'd say this is courtesy of NESN.com, but it's more of a tragedy that they subject people to looking at this guy.)
Look at this clown.  Nice backwards Nike hat, dick.  You look like a drunk BC fan on the set of College Gameday, assuming ESPN would ever be dumb enough to send Corso and Herbie to that horseshit school.  And cool magnetic balance wristband thing.  That's obviously helped your game this season (5.94 ERA, 4.78 FIP, 1.55 WHIP, < 6IP/start avg., 1.0 WAR in 136+ IP).  Makes A.J. Burnett look league average by comparison.
Not to mention he looks and sounds like Baby Huey with a touch of Bell's palsy.  Just a complete mess of humanity all around. 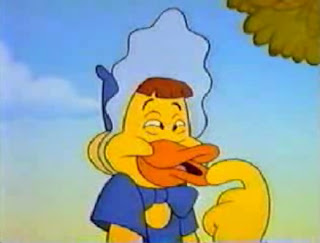 P.S.- The pitch that he put in between Cervelli's numbers in the 7th last night was the best command he showed all night.  Sad.
Posted by Unknown at 10:33 AM